Moving and Downsizing: Tips and Blogs for Success

Below are a few suggestions to keep in mind if you have children and need to move house.

Give the removalists specific instructions regarding your children's belongings

It might be a good idea to give the removalists specific instructions regarding how they should load, unload, and unpack your children's belongings. For example, you could ask them to keep each child's possessions together in a specific part of the truck and to then unload and unpack the kids' items into their bedrooms first, before taking care of your family's general belongings.

Moving can make children feel like they've don't have any control over their environment. The big changes, exhaustion, and chaos that occur when moving, coupled with seeing their parents stressing out about the process, can cause children to get emotional and overreact to small problems, which can then result in them unintentionally making the day harder for the rest of their family.

As such, if for example, the removalists mix one child's possessions in with the boxes of general belongings in the truck and the child cannot, therefore, find a specific toy or garment of theirs when they reach the new house, or if their stuff is unloaded last by the removalists and they have to sit in their empty, unfamiliar bedroom for hours, the chances of them overreacting and getting hysterical about this could be quite high. To keep the peace and ensure you don't have to spend hours consoling your children instead of getting the new property organized, it's worth having this conversation with the removalists.

It isn't always possible to decide when exactly you will move. However, if you are able to do this, you should try to avoid moving during your children's school term. Instead, you should aim to prep for the move in the last few weeks of the term before their Christmas or summer holiday and then have the removalists collect your things during this break.

Making sure that the removalists actually move your things during the school break will be easier for your children than if it occurred during a school term. This is because if the move took place during term-time, your kids might have homework or projects that they would need to complete during the weekend on which you moved and may find it impossible to do their work amidst the upheaval that comes with moving. Furthermore, it would mean that they would have to go straight back to school the following day after their move and would not, therefore, have time to decompress and get used to their new room (or get a chance to set it up and make it cosy) before returning to school. 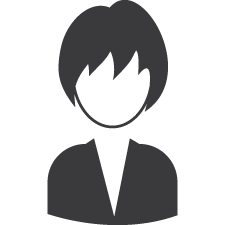 Welcome to my blog. My name is Julie, and recently, I helped my grandma move into assisted living. Through the process, we went through her home that had seen decades of living within its walls. I helped her decide what to keep, what to throw away and what to give to loved ones. The process was cathartic, difficult and joyous at the same time. If you or a loved one is getting ready to move or downsize, I want to help. Take a look through my tips and blogs on success with moving. I wish you the best for your move.